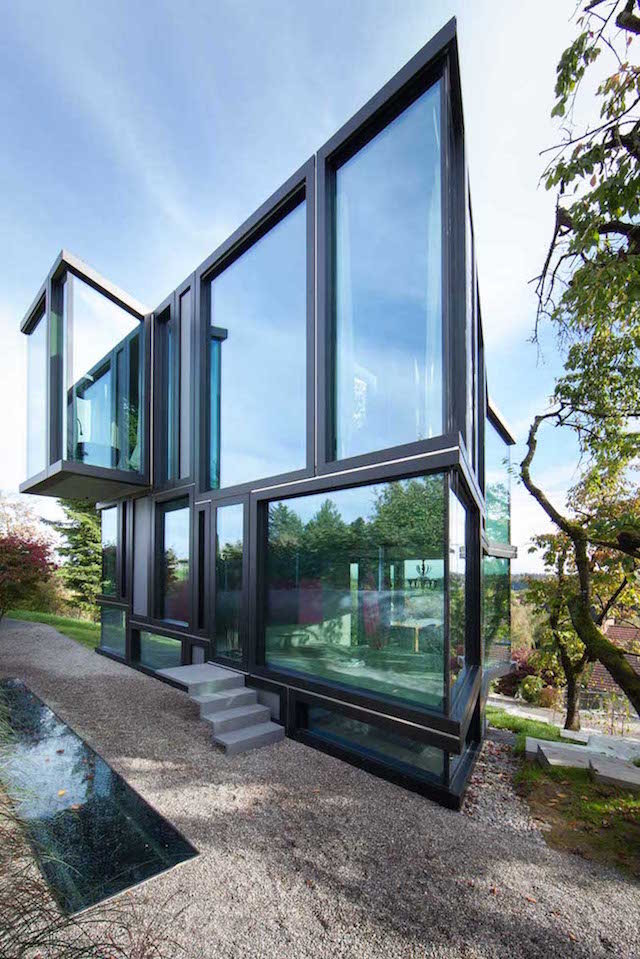 The Rebberg Dielsdorf House copies the logic of a vine.

Tasked with the challenge of building a home on a steep, cramped lot in Zurich, Switzerland, L3P Architekten designed an innovative residence that rises in a sculpture-like mass of steel, concrete, and glass from the ground. Known as the Rebberg Dielsdorf House, the dwelling is the result of interdisciplinary collaboration between the architects and building engineer as room and structure are creatively merged in order to save space. 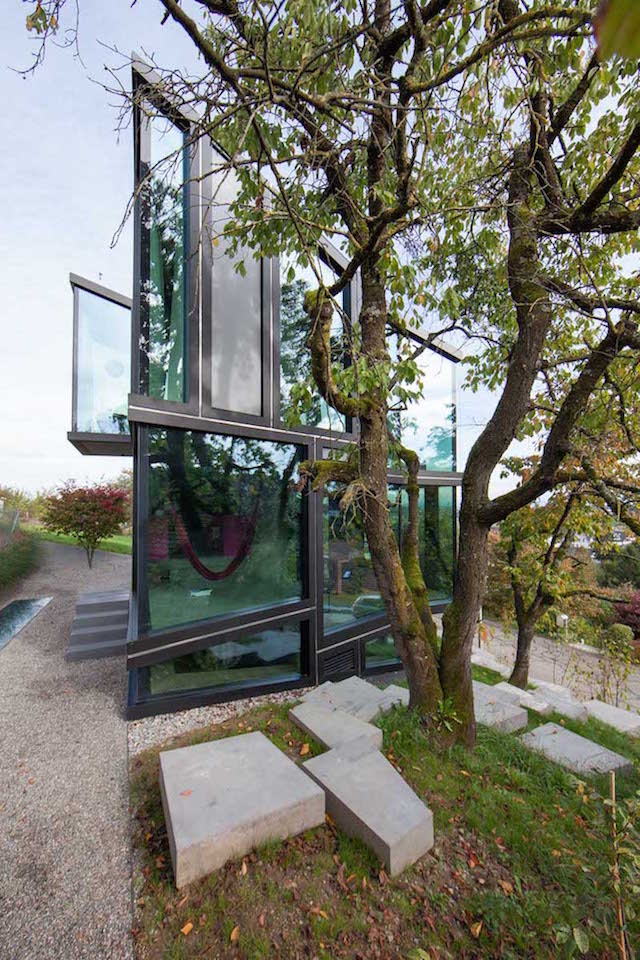 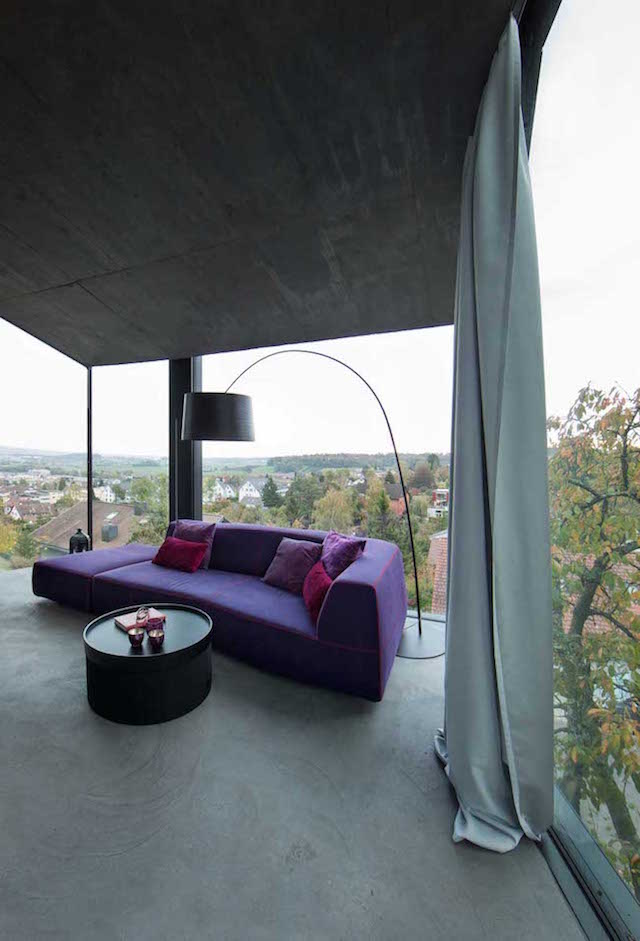 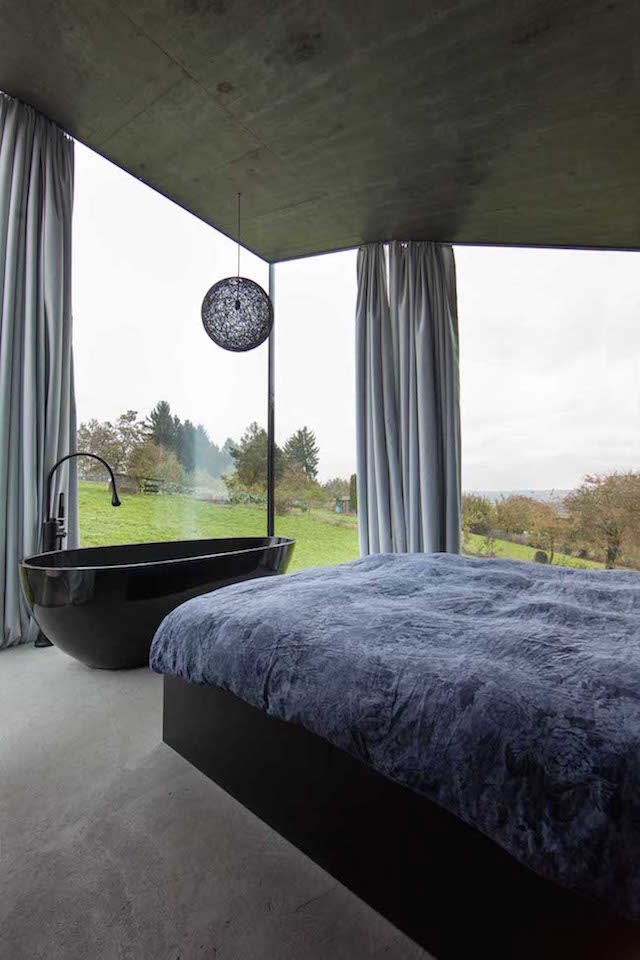 Despite the building’s unconventional, angular form with odd sections that jut out from the main frame, the interior contains all the necessary luxuries combined with a stark, modern aesthetic. Multiple levels and rooms are connected by narrow hallways and stairwells. Clever solutions are employed to make use of every available space—bookshelves are built into existing concrete walls, for example, while comfortable cushions turn the area above a staircase into a cozy alcove. Entering the house from a subterranean carport, inhabitants find themselves in a sleek dwelling filled with abundant natural light from the wall-to-ceiling glass windows. 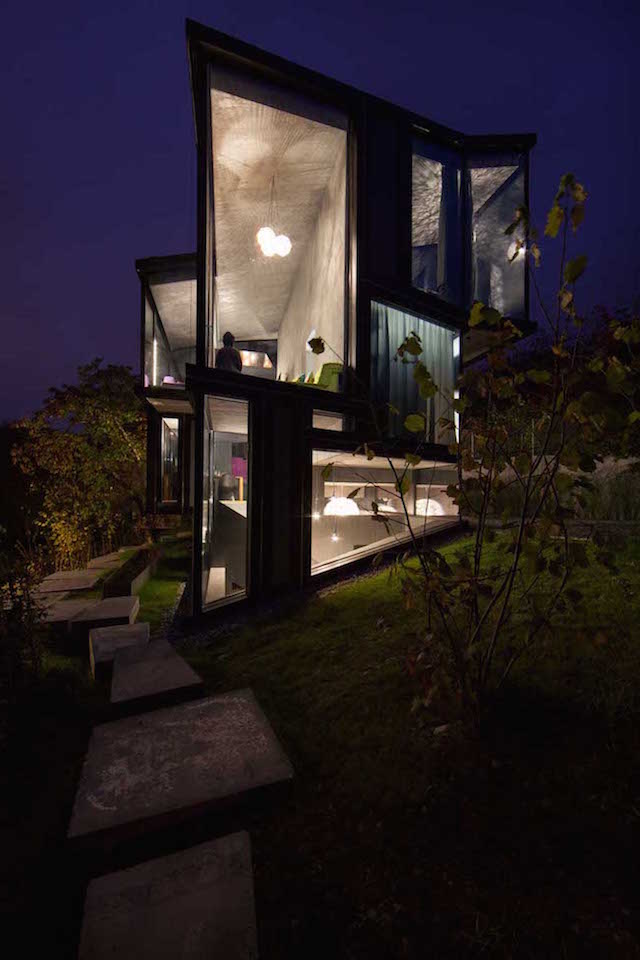 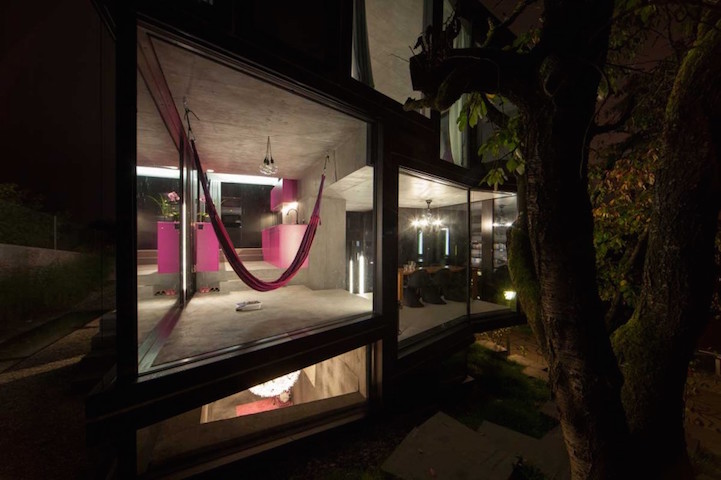 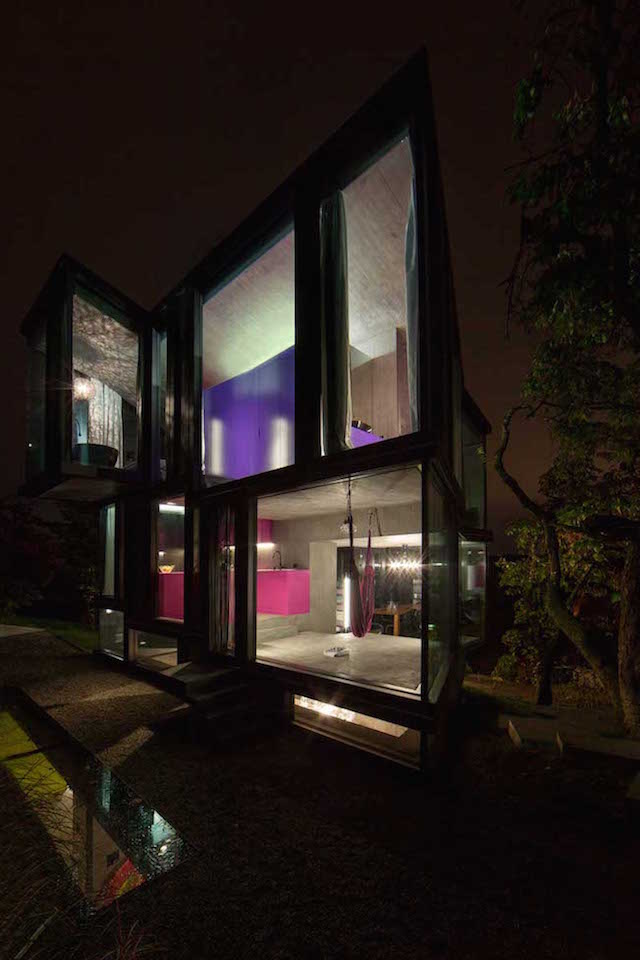