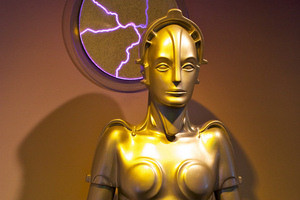 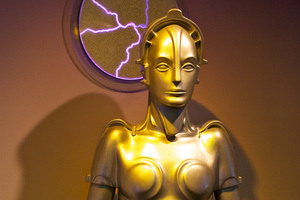 Nestled within the Carnegie Science Center’s roboworld section, the world’s largest permanent exhibition on robotics, the Robot Hall of Fame honors the best, brightest, and most likely to become our unfeeling overlords in the near future, regardless of whether they are real or not.

The hall of fame was originally established as simply an online museum meant to celebrate important robots who made an impact in terms of mechanical innovation as well as those iconic bots whose pop culture presence has kept us dreaming of an automated future. A quartet of robots is chosen each year, originally by a selected jury, but now ballots can be submitted from the general public (although it doesn’t seem that they have added any new honorees since 2012). Some of the prestigious honorees from the hall of fame include science-fiction icons C-3PO, Gort, and WALL-E, and on the realistic side of the fence, creepily realistic Boston Dynamics creation BigDog and the Roomba.

A number of these robots are on display in the Philadelphia exhibition, where visitors can also mess around with the interactive robotics displays in the larger science center. Who knows who will be inducted next, but whichever robots are chosen, lets hope that when the techopocalypse descends upon us like a divine retribution for trying to play God, our robot masters will look kindly on such a generous institution.