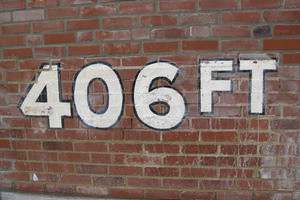 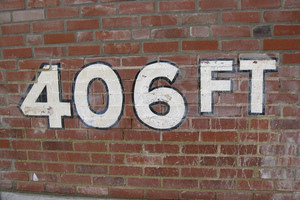 The outfield wall of the old Forbes Field stadium still stands, a monument to 60 years of baseball history in Pittsburgh and one historic home run.

Built in 1909, Forbes Field was the home of the Pittsburgh Pirates until 1970. It would be the site of many historic events in Major League Baseball. The Pirates’ first season at Forbes Field ended with a World Series win over the Detroit Tigers. The last MLB tripleheader occured here in 1920. Babe Ruth hit the last three home runs of his career in 1935. The Homestead Grays would also play home games there for 17 years. Two fires would damage the closed stadium before it was demolished in July of 1971.

The left outfield wall still stands in tribute to the field itself and one of the most historic plays in baseball (and New York Yankees fans might want to skip to the next paragraph). It was over this wall that Bill Mazeroski hit his walk-off home run to end Game 7 of the 1960 World Series with a Pirates victory. Fans known as the Game 7 Gang gather to listen to the radio broadcast on the game’s anniversary, and a plaque marks the location where the ball cleared the wall. The actual section of the wall was moved to the Pirates’ new home fields, Three Rivers Stadium and PNC Park.

Forbes Field also has another memorial near the wall. Just inside the entrance of the University of Pittsburgh’s Posvar Hall, set into the floor, is one of Forbes Field’s home plates. The plate is not in its actual location, as it would be in a library on the ground floor, with previous estimations putting it out of reach of half of the fans interested in reliving baseball history, inside a ladies’ restroom.