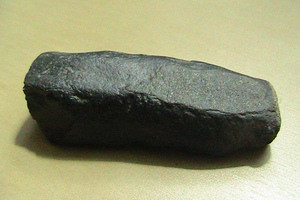 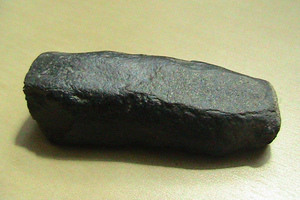 Most space debris simply burns up in the atmosphere long before it can ever make earthfall, but every so often a one lucky meteor makes it through the fire, but only a few times in recorded history has such a missile ever hit a human being.

The Hodges Meteor is not remarkable for its size or shape, but after careening through an Alabama woman’s house and hitting her while she napped, it went down in history. At two in the afternoon on November 30, 1954 Ann Hodges had just settled into a nap on her couch when a meteorite, which would come to be known as Sylacauga (fallen meteors are usually named after where they land) rocketed through the roof. The space bullet bounced off the massive radio cabinet and slammed right into Hodges’ side like something off of Astronomy’s Funniest Home Videos. Amazingly Hodges was only bruised, but the real violence was yet to come.

As it turns out, meteors are pretty much space gold and ownership of the mineral came into question almost immediately. Hodges had been renting her home from the owner who felt that since the meteor had crashed through his roof, it was legally his. Understandably, Hodges felt differently and a heated legal battle ensued. In the end Hodges won the day and the meteor, but as the sensational story had earned her a great deal of unwanted fame, she donated the rock to the Alabama Museum of Natural History.

Now known popularly as the “Hodges Meteorite,” the extraterrestrial dive bomber is still on display in the museum.