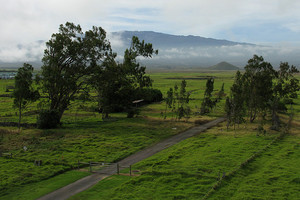 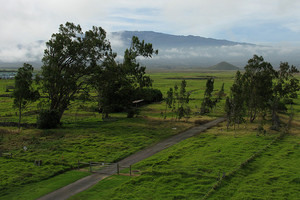 Before there were cowboys in most of the American West, there were the paniolos, the Hawaiian cowboys, on the Big Island.

Captain George Vancouver gave five cattle to King Kamehameha I as a gift in 1793, and their population exploded on the grasslands of the Big Island of Hawai’i. An American friend of the king, John Palmer Parker, was one of the first people allowed to cull the large and sometimes rampaging herd, which was considered kapu (taboo) until King Kamehameha III lifted the ban in 1830. Two years later, he invited Mexican vaqueros to train Hawaiians to herd and manage domesticated cattle. A Hawaiian cowboys would be called a paniolo, the Hawaiian transliteration for español. Parker would establish his ranch in the Waimea area in 1847, well before ranches spread throughout the American West.

The ranch now covers 130,000 acres of grasslands (at one time it owned 500,000 acres, almost half of the entire Big Island), and operations help to support the Parker Ranch Foundation Trust founded by the ranch’s last private owner and Parker’s great-great-great-grandson, Broadway actor Richard Smart. Around 17,000 head of domesticated cattle graze on the ranch, with most shipped to the mainland once weaned. Others are part of a large grass-fed beef research project. The ranch also has two homes available for public tours and a visitors center and museum.