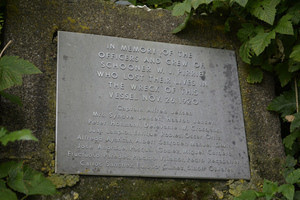 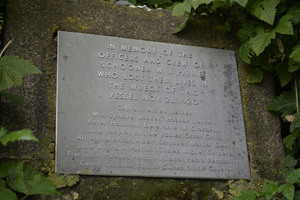 Most memorials and monuments are put in places where they can be seen by the most amount of people and receive the maximum exposure for their honorees, but Washington’s little Chilean Memorial is a discreet reminder, nestled in the undergrowth miles off the beaten path, of a tragic shipwreck that only left two survivors.

In November of 1920 the Chilean schooner W.J.. Pirrie was being towed towards the Washington shores when a brutal storm hit the pair of ships, forcing the towing vessel to abandon the Pirrie. The ship had originally been built in Belfast but was rebuilt nearly from scratch after a fire decimated the boat near Chile. The weakened ship was no match for the powerful winds and the hull split in two, washing the 20 crew members on board were swept into the sea. Of the ship compliment, only two of the crew made it back to shore to be rescued in the nick of time by the local American Indian tribe, just before they succumbed to the elements on land.

The bodies of those who washed ashore were initially buried in a mass grave just off of the secluded Rialto Beach, nearest to where the ship had broken apart. Later on the bodies were reinterred in proper graves, but a small memorial plaque and monument was placed on the spot of the former grave.

Despite a trail named after the monument (the Chilean Memorial Trail), not many people know of the site or its tragic story. However anyone willing to hike the seven some odd miles out to the remote beach can experience firsthand a tragic bit of maritime history.