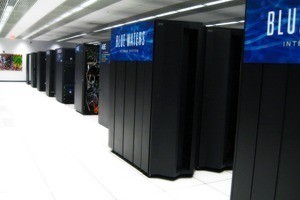 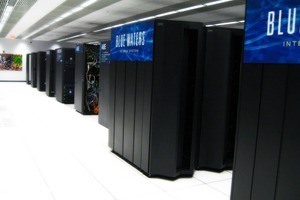 Push up your glasses and straighten your pocket protectors because the massive supercomputer known as Blue Waters at the National Petascale Computing Facility on the University of Illinois campus can be freely visited by anyone who is more interested in computing power than horsepower.

First fired up in 2013, Blue Waters is a sustained petascale Cray supercomputer, that is not just the fastest computer on a university campus, but one of the most powerful in the world. Led by the National Center for Supercomputing Applications and built from the latest technologies, Blue Waters uses hundreds of thousands of computational cores across 300 tall black cabinets to achieve a terrifically silly peak performance of 13.34 petaflops, which in real-terms translates into more than 13 quadrillion calculations per second.

While one might expect the security around such a powerful device might make it seem as though it would be held in some a top-secret government building, but it’s actually available for the public to see first hand. Anyone wanting to get an up-close look at the rows of number-crunching monoliths can call and set up a tour. Tours are free and by request, lasting around 30 minutes.