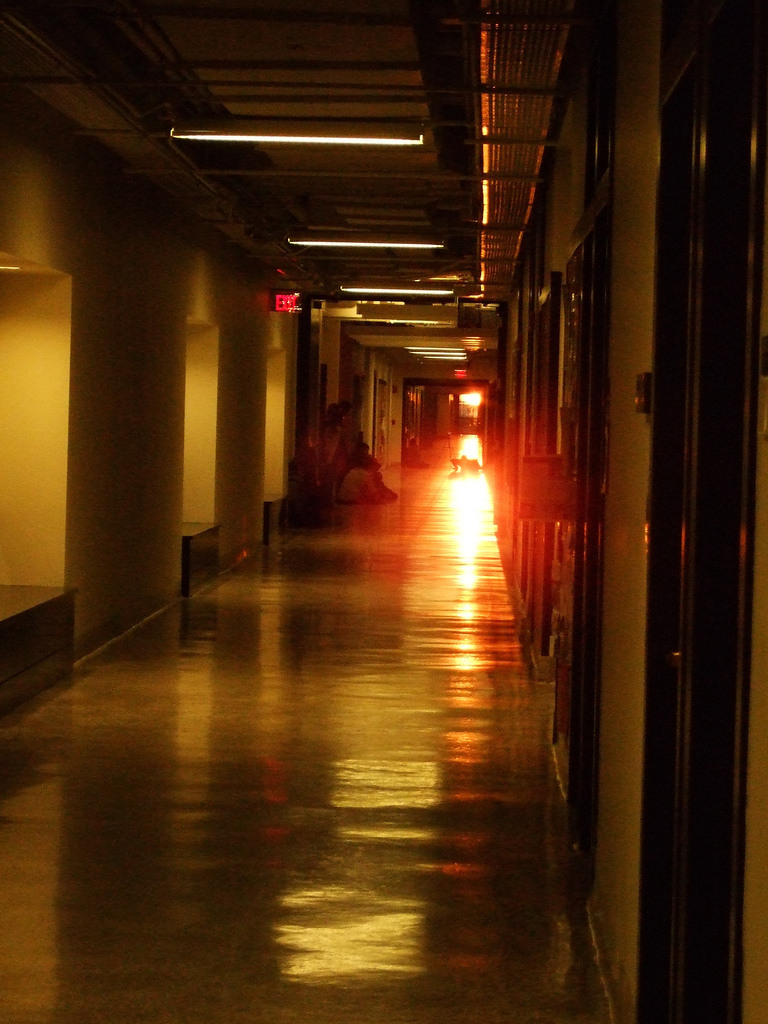 The MIThenge  | The sunrise in the the “Infinite Corridor”

Running nearly the entire length of the MIT campus from the East end to the West, the ambling hallway known to students as the “Infinite Corridor” is not only so packed that it has its own informal traffic laws but more spectacularly it is occasionally the site of a phenomenon known as MIThenge.

Thanks to the hallway’s nearly exact East-West orientation, it occasionally lines up perfectly with the sunrise and sunset in a display known as “MIThenge.” During the alignment, which occurs around January and November respectively, students are asked to be courteous as to where they stand so that everyone can enjoy blinding view.

Given the school’s focus on engineering and industrial science, it seems strangely fitting that an exemplar of institutional building design should produce such a lovely show.