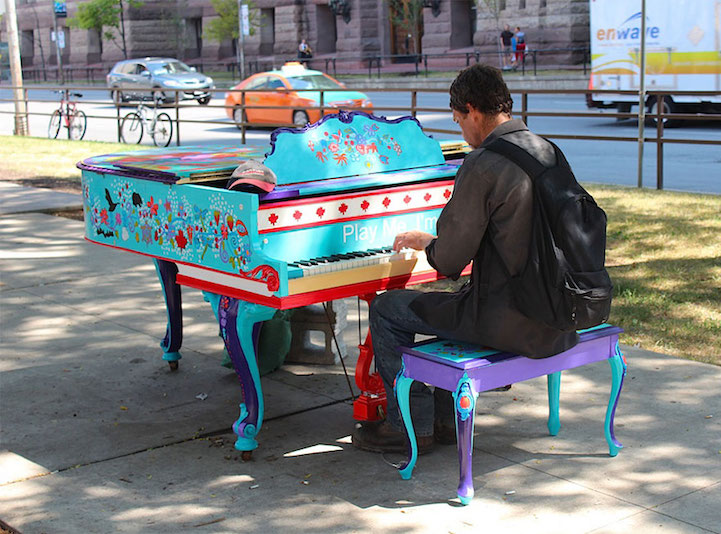 The project proved a huge success right from the start, when Jerram installed 15 pianos throughout the city of Birmingham for three weeks in 2008. An estimated 140,000 people played the pianos or listened to others as they played, sparking engagement with each other and the urban landscape. Since then, over 1,000 Play Me, I’m Yours pianos have been installed in 38 cities around the world, reaching a global audience of around 6 million people. 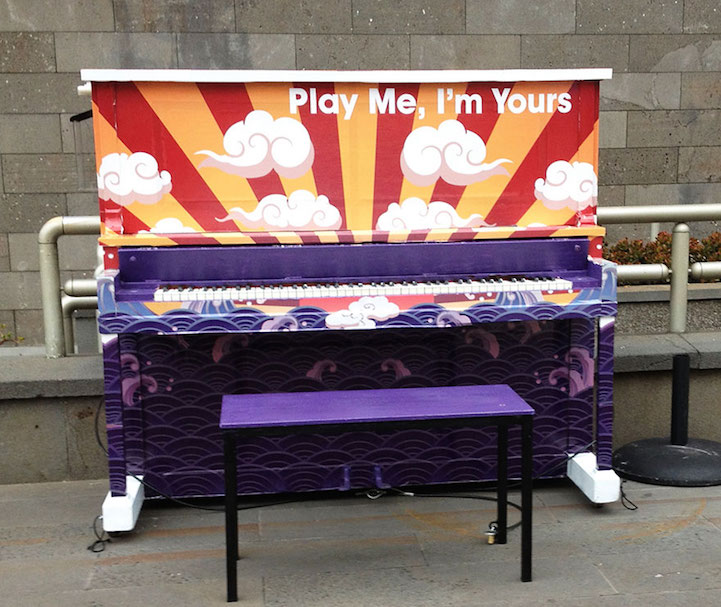 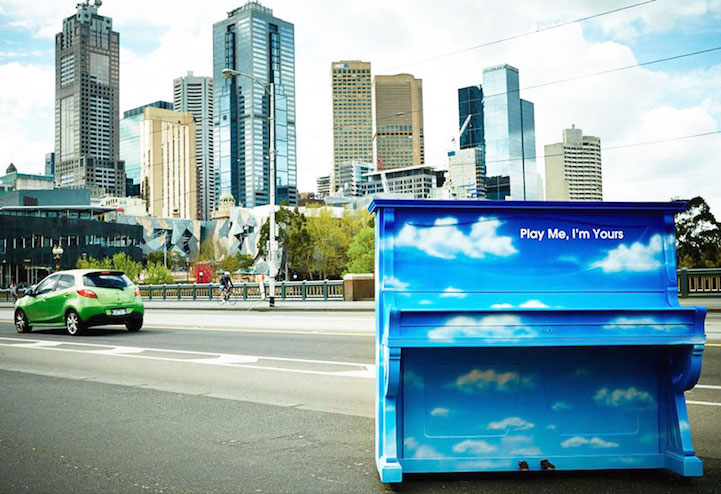 | via my modern met